From now on available in Dutch, two sweet Clavis music books for little adventurers ages 2 and up.

In May a new Sound Book will be published!
Pippa. Vaar je met mij mee?
Pippa the puffin loves to sail. Who wants to join her? Pippa asks the polar bear, the whale, the penguins … but nobody wants to come with her. Will you join her?
ISBN: 978 90 448 3559 5

For Halloween Eerbeek / Stichting Activate & Exposure I made illustrations for  the Ghost Town Spooky Story Book!

Quoted text is only available in Dutch. 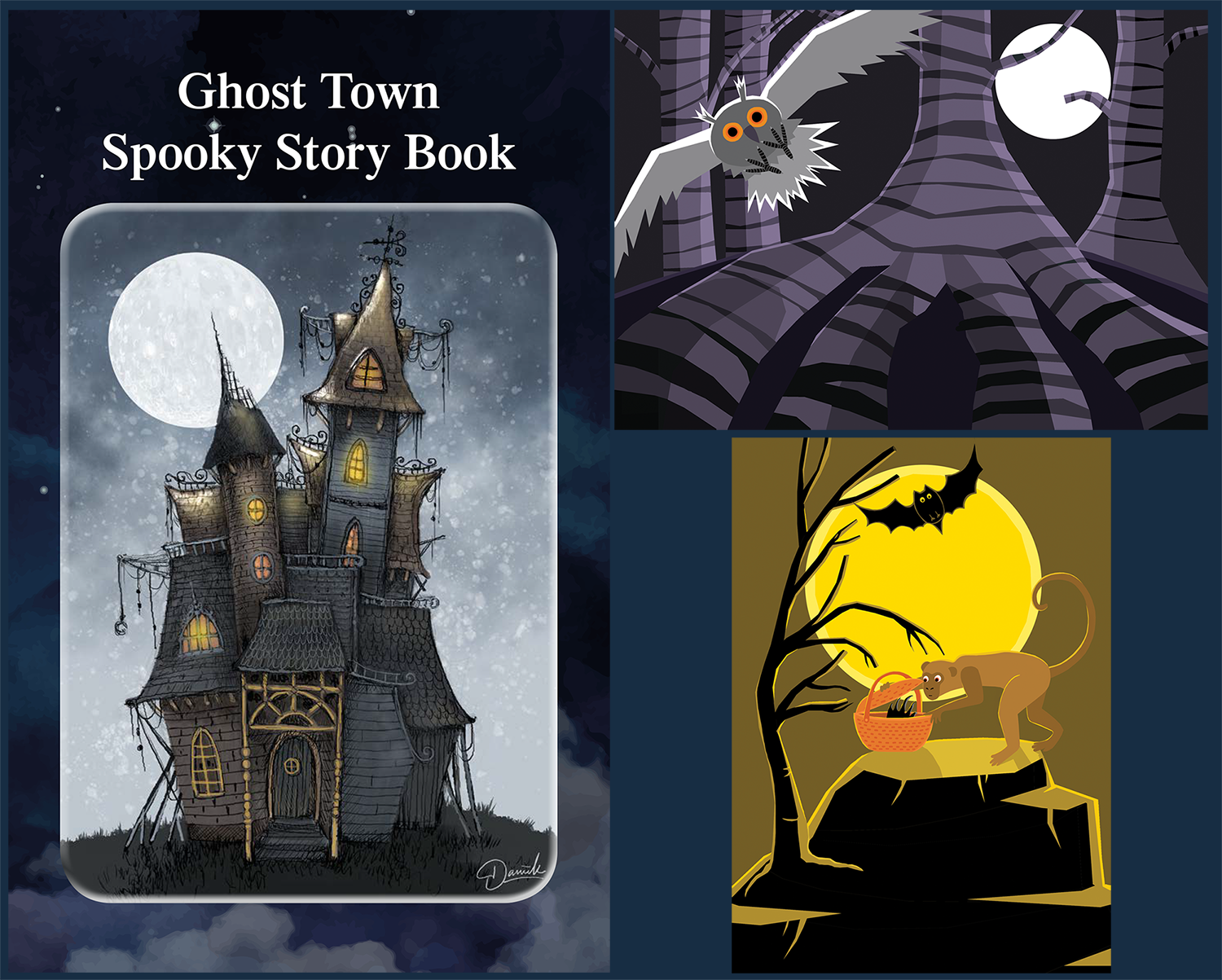 Press the sound button and listen to the beautiful sounds of spring, summer, autumn and winter! 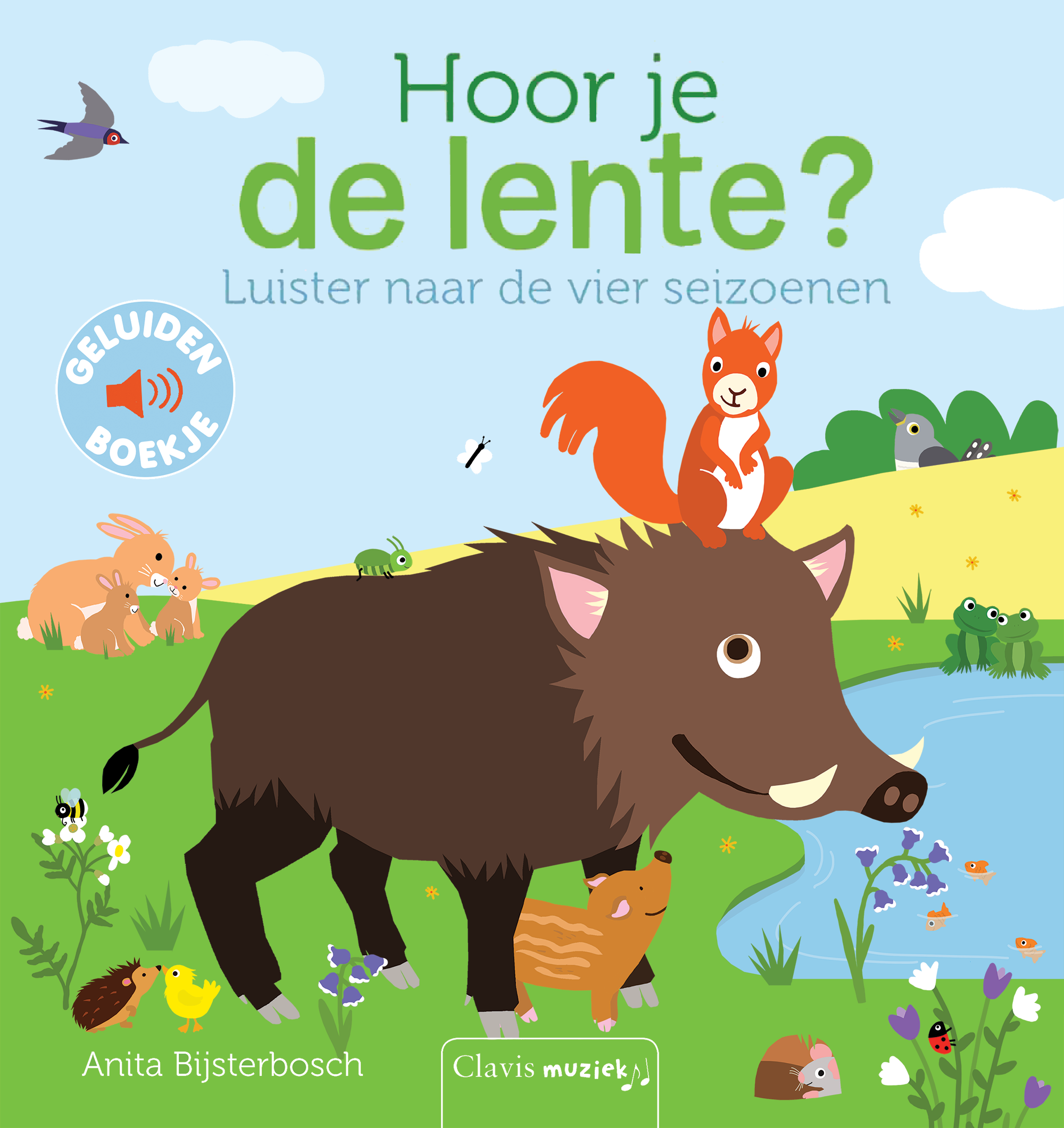 Squirrel looks outside. He sees green leaves on the trees and beautiful flowers in the grass. It’s spring. Squirrel hears the frogs croaking and the birds chirping. And he hears someone say: CUCKOO-CUCKOO. Who makes that strange sound?

A cheerful sound book about the wonders of nature and a hidden cuckoo.

For toddlers ages 24 months and up.

Coloring Page from the Children’s Book What a Nice Car! This one and other Coloring Pages can be downloaded on the Download Page. 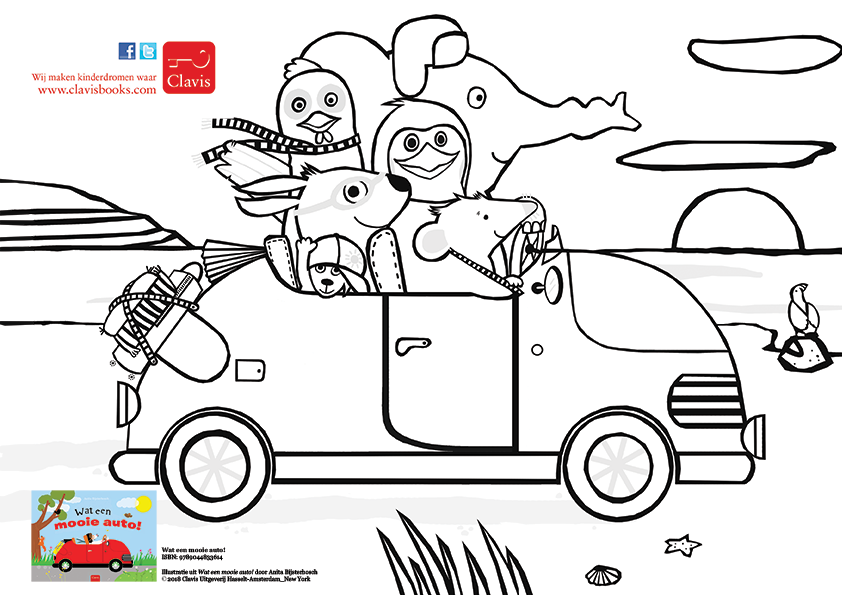 In September Hide and Seek, Little Chameleon will be released!

It’s a cheerful look-and-find book filled with colors, numbers, and animal friends. For toddlers ages 30 months and up, with a focus on the child’s language development.